Lewin got busy writing songs including “Still In My Heart” and the haunting “Somewhere Out in the Night.” With help from Henry LoConti, Sr. and the Agora Record Label, Beau Coup put together an EP of 5 songs and released “Still In My Heart” as the first single. Thanks to 98.5 WGCL General Manager Kim Colebrook and Program Directors, Bob Travis and Tom Jefferies, “Still In My Heart” became a top 10 record on the station.

WMMS Program Director John Gorman also took interest in the band, and started to promote them on his station, leading to a sold out show at the Front Row Theater with opening act: Jeff and Flash of the Buzzard Morning Zoo.

Soon, Cleveland manager Carl Maduri and his son became Beau Coup’s managers and the band was signed to Rock and Roll Records, a division of CBS/Scotti Brothers. CBS released “Still in My Heart” as a single, but the entire album was not. Camel Records bought out the contract under new management by Gary Bird, but things didn't work out there, so next came a deal with Avion Records owned by the late Joe Simone and managed by Bob Skaff and Ron Iofanaro. It was Avion that released the song “Born & Raised (on Rock & Roll) as a single. Next, the band worked with world renown and Grammy Award winning Producer Kirk Yano and record promoter Michael Mannochio became Beau Coup’s manager. Mannochio struck a deal with Amherst/A&M Records. The Beau Coup Born and Raised on Rock and Roll album, CD, and cassette were finally released on the Amherst label and Beau Coup began to gain much international acclaim.

Four of the songs, “Still In My Heart,” “Born and Raised on Rock and Roll,” “Somewhere Out in the Night,” and “Sweet Rachel” all reached local, national, and international charts. The single “Sweet Rachel” reached the mid 50’s on the Billboard Hot 100 along with a video that was played on many International and National Video Shows including MTV and USA Video Hits.

Beau Coup began in the early 1980s when Thomas Amato was recording demos at Agency Recording Studio with brother Frank Amato's former Task Master bandmates drummer Eric Singer and Mike McGill on guitar, while Frank was touring with Savoy Brown. Keyboardist and song writer Dennis Lewin and bassist Bill March of Jonah Koslen and the Heroes (also former band mates of Frank's) were asked to join the project by future band managers Henry LoConti, Jr. and Joe Millitello. It was good friend Eric Carmen that suggested to Henry that Frank, be addded to the mix. They found the brother's voices to be great together. Eric Singer decided to move on to Los Angeles, so John Franks, Jimmy Clark and Donald Krueger lent their drumming skills, all 3 appearing on the album, Born & Raised (on Rock & Roll.)

Ironically, the project did not have a name so they eventually called themselves Pop Opera (which everyone in the band hated.) The band was renamed Beau Coup 5 minutes before they appeared on a Cleveland television program  hosted by WGCL’s Dancin’ Danny Wright, a name suggested by another area TV host and friend, Eddie Marshall. The name stuck.

Beau Coup went through many member changes over the years. Mike McGill was replaced on guitar by Danny Powers of MSB, who played all of the guitar parts on the song “Born & Raised (on Rock & Roll.” ) When Powers left, Beau Coup enjoyed the talents of Michael Baranski, (who later left to play with Glen Burtnick and took drummer Jimmy Clark with him,) then Steve Schuffert, of the Godz took over guitar duties, playing all of the guitar parts on the tribute to Plain Dealer rock writer Jane Scott entitled “Jane.” Donald Krueger became the permanent drummer, and Billy Sullivan was added as the primary guitarist once Steve Schuffert left. Back up singers became important to the concert setting, so Jennifer Lee of Michael Stanley and the Resonators, Dennis's sister, Debi and Michael Tyler often sang with the band, with Tyler lending additional keyboard tech support. Paul Wolf Christensen of Michael Stanley and the Resonators and Task Master is the icing on the cake with his fantastic saxophone!

Beau Coup celebrated their 30th Anniversary in 2015, joined by Cleveland native, and Taylor Swift guitarist, Paul Sidoti (who admits to being a lifelong fan of Beau Coup and plays with them whenever he is able.) 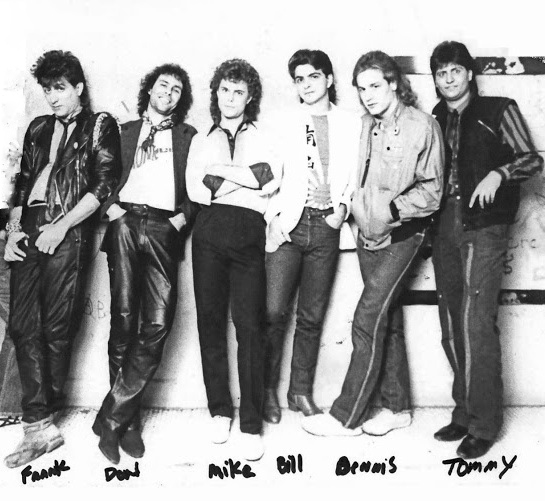 All Rights for the images, videos, and all website content reserved to "Beau Coup Band" and BeauCoopBand.com